I just returned from a brief trip to Ireland with Susan and Mama. We enjoyed ourselves tremendously–some more than others. I spent the bulk of the time with a white-knuckled death-grip on the steering wheel of a Nissan Note trying to remember to stay on the left side of the road while trying to get to some beautiful natural scenery, which, upon arrival was inconveniently hidden by sheets of driving rain. This started to give me a complex and, being the sort who assumes responsibility for everything that goes wrong, I began to think this was turning out to be the worst vacation ever.

Susan pointed out that she was getting a front-row seat to stunningly beautiful countryside–after all, she wasn’t trying to thread the car between a stone wall (buy some shoulders, Ireland!) and an oncoming cargo truck driven by a tweaked out Eastern European teenager. And my mom said it was one of the most relaxing vacations she’d ever had as Susan and I don’t fight like all of her other traveling companions and, too, her motion-sickness medication meant for hours of back-seat sleeping. We could just wake her up when the scenery got interesting.

Ireland lives up to the hype and then some. Hell, we’d ratcheted expectations down because, really, who typically raves about Ireland? Irish-Americans, that’s who. And what else are they gonna say? “Ah, it mostly sucked. Awful, awful place.” We figured such people had a vested interest in making the country out to be super-duper awesome.

Even in the pouring rain and scene from their patented death roads, the country is as every bit as beautiful as the post cards and posters and movies and Irish Spring commercials make it out to be. And the people, aside from speaking English (unlike those stubborn Italians and South Americans), are some of the nicest you’ll meet anywhere in the world. Hell, they still like Americans in Ireland. (Because honestly, I WILL have a screaming match about U.S. foreign policy before I ever pretend to be a Canadian.) 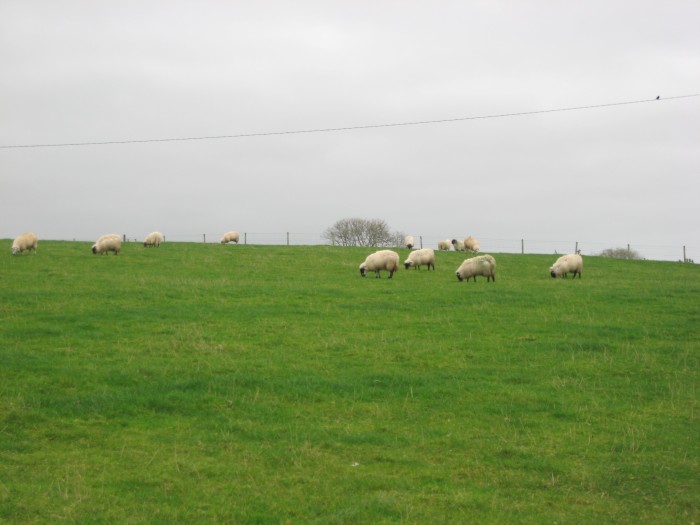 Some things the American traveler should know about Ireland.

1) Holy shit is it expensive. Now I know how Mexicans feel when they vacation in the U.S.

4) Despite the reputation as a drunken land, the bars are stingy with the whiskey and other hard liquor. You ask for a Jameson’s on the rocks (or, in Irish, “over ice”) and you’re not going to get a rocks-glass full like you would in New York or Louisiana. You’ll get one shot glass over ice. There you go sir. Enjoy.

5) It’s not called drinking and driving in Ireland. It’s called Drink Driving, which sounds really, really fun. But they take it really, really seriously. Indeed, there’s a big debate going on in the country because a rural politician wants to lighten up the Drink Driving laws that basically make it illegal to have even one pint before hitting the road.

6) The food, despite ignorant-ass American stereotypes, is actually rather good. You can’t mess with an Irish Breakfast. C’mon, it’s eggs and like sixteen types of sausage. How do you not like that? (Interestingly, the French group in one place ordered American breakfasts AND American coffee–to which I say, “Honh-honh-HONHHH!”) Also? Fish and chips? FRESH fish and chips? And out near Galway, at Moran’s, we had some of the best oysters ever eaten anywhere in the world. Seriously. The pubs know their way around a soup, too. I’ll tell you that much!

7) After enough beers, the Irish actually DO start singing. And they’ll question your manhood if you don’t know a song or two yourself.

Oh, details. Where did we go? We started in Dublin, where we stayed at the Trinity Capital Hotel, directly across from Trinity College. Dublin is a beautiful city and easy to navigate on foot–especially for New Yorkers who are used to walking everywhere anyway. Mama was a little worn out after a couple days of walking, but she’ll get over it. 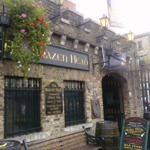 Our first stop was The Brazen Head, reportedly Dublin’s oldest pub. Quite fitting to have your first pint of Guinness at the country’s oldest pub. Even more fitting is that there’s a bar called The Brazen Head not even a block from our apartment in Brooklyn where I spend a good bit of time.

After that, we walked over to the Guinness Storehouse–which is basically a museum dedicated to Guinness. A museum that also serves Guinness. What’s not to like. Then it was off to a Literary Pub Crawl. Cheesy as that may sound, it was actually both educational and fun–and involved alcohol!

After a morning of walking around Dublin, we picked up our car and drove out to Dunboyne Castle, where we attended the “Afters” party for our friends Nikki and Derek, who’d gotten married the weekend before in Louisiana. I could probably write another 2,000 words on the party, but it’s a little hazy. Also, another bit of Irish genius? The guests pay for their own damn drinks. That’s good sense right there, if you ask me. Certainly makes more sense than the American tradition of celebrating your new start in life by going $30,000 into debt!

And then the next day, we headed west for Galway, making a detour to check out the Cliffs of Moher and the Burren. Thankfully, we got to see snippets of the Burren on the way to the Cliffs, because between the late start, a couple of false turns and the rain, it was basically dark (and we were soaked) after seeing the Cliffs. Then we drove into Galway, where we stayed at The Western, right in the city center. After a meal of fish and chips at McDonagh’s down on Quay Street, we went to bed.

The next morning, we tumbled back into the car to drive off to Connemara National Park. The drive out was stunning. And this particular road was actually wide enough so that I didn’t spend the entire drive with my butt cheeks clenched up. Of course, there was some construction, a little mist and some traffic issues due to a Horse and Pony Show that seemed to be held in the middle of the road.

But, hey, that’s part of the experience, right. I almost wondered if it was some sort of animatronic display put on for tourists. 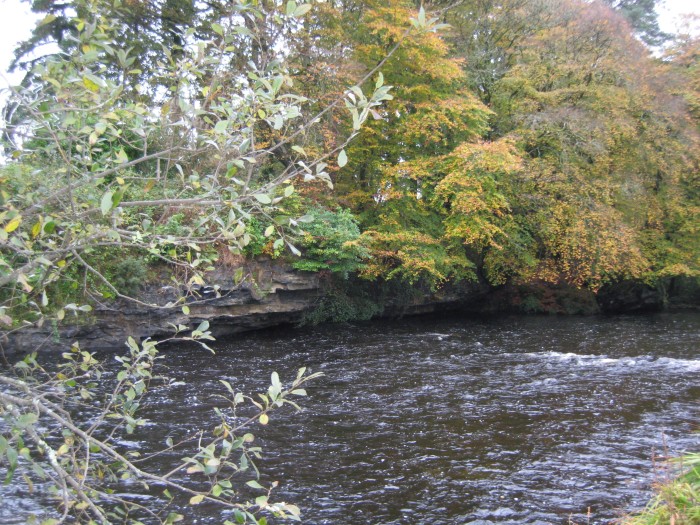 And then there was Connemara. I guess it’s beautiful. I don’t know. All we saw was the inside of the visitor center. The mist and drizzle decided at that moment to switch over into honest-to-god rain. We’d seen lots and lots of countryside on the way out, so we opted out of getting absolutely soaked and headed back toward Galway, driving straight through it and onto Moran’s, which is, well, just look for the signs off the N18 south of Galway. You’ll find it. Eventually.

After cramming our faces full of seafood, it was back to Galway, where we caught a little traditional music before retiring for the evening.

So, yeah, if you can afford it, go to Ireland. Great place, great people. Hope to go back some day. (Uh, just don’t go in October unless you like rain.)