I’ve just completed a February running streak. For the uninitiated, a streak in this case is not running naked across a football field, but rather running at least a mile every day.

That’s right. Average over 20 miles a week and lost no weight.

Now, I can pretend that it was muscle added. I was working out with weights twice a week.

But we all know the real culprits. 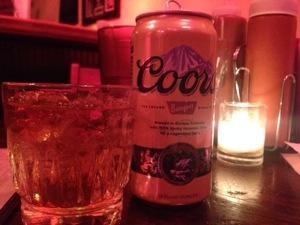 That is called salchipapas, which sounds fancy and international, but your eyes are not deceiving you. That is a plate of French fries and fried wieners. And instead of ketchup, you dip it in green sauce–which is made of mayonnaise. We ate that twice in February. 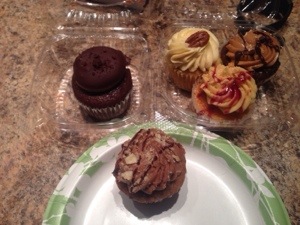 My point is, at my age you have to run more than 20 miles a week to lose weight if you’re eating like this. Or you have to eat less. And drink less.
All of which I’m about to do. Lent is coming up and this former Catholic is giving up booze and sweets of all kinds and going on a slow-carb diet.
I’m also going to start training for the Brooklyn Half. Well, training seriously. I did a 13-miler last weekend with no problem. And I’ve got two halfs coming up this month–New York City and Sleepy Hollow. But I’m hoping to PR in Brooklyn, which means I need to get back to. 1:45. I can do it, but not while streaking.

The streaks are great for motivation and discipline, but throwing in speed work and long runs makes them hellacious. And my ankles and knees are crying out for a couple of rest days. Besides, streaks are a lot of “junk miles” when it comes to training for a race.

Streaks are also time consuming. Even if you’re only doing a couple miles you still need to find the time and get dressed and run and shower and all that.

And I’m in the middle of a new book that I’d like to finish writing by this summer. And I also have to make time for “Vanderpump Rules” and other quality TV.

So it’s either quit my job or quit streaking. And running doesn’t pay the rent.