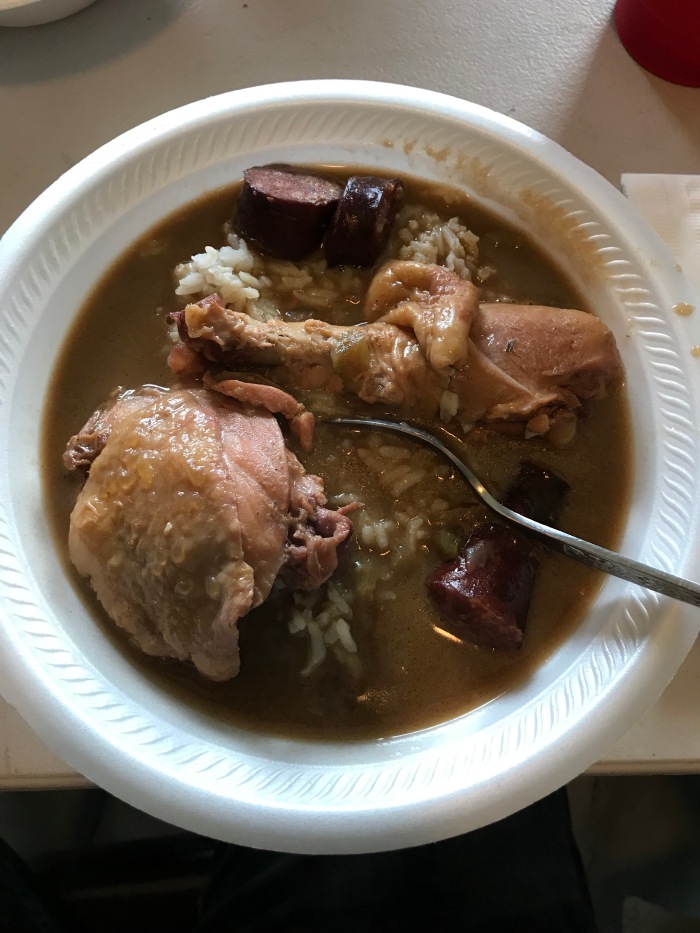 I’ve written extensively about gumbo on this blog and elsewhere, so much so that I get tired just thinking about linking to the other pieces — and the arguments that usually ensue. There’s always some joker from Texas, or New Orleans, or North Louisiana — or even better, who has never set foot in Louisiana, but his grandma was from there — who’s gonna stroll in and tell you all about how wrong you are. “IF IT AIN’T GOT OKRA IT’S NOT GUMBO.” Nope. You’re wrong. Get out of my face. Or some fellow Cajun food snob will pop in with, “Mais, you gotta make you own roux, cher, or it don’t count no.” Mais, I’m here to tell you, you couldn’t tell the difference in a blind taste test. (The point is, people like to argue about food. Also, Cajun gumbo is different fro Creole gumbo is different from New Orleans gumbo.)

Anyway, my longtime friend Toby Dore, aka The Cajun Traveler and proprietor of the Cajun Hostel, has just posted his Chicken & Sausage Gumbo recipe. I’ll let you in on a little secret: When I moved from my basic gumbo recipe toward my advance recipe, it was after watching Toby cook a massive gumbo for one of his annual Christmas parties. I swiped a few steps from him. Clearly, he knows what he’s doing. And he makes a particularly bold old-school choice with one ingredient.

The good thing about this recipe is that it should be easy enough for most non-Louisianans to master and create an authentic Cajun gumbo in their own home. Just don’t skimp on the sausage!

One thought on “From the Gumbo Files: The Cajun Traveler Recipe”