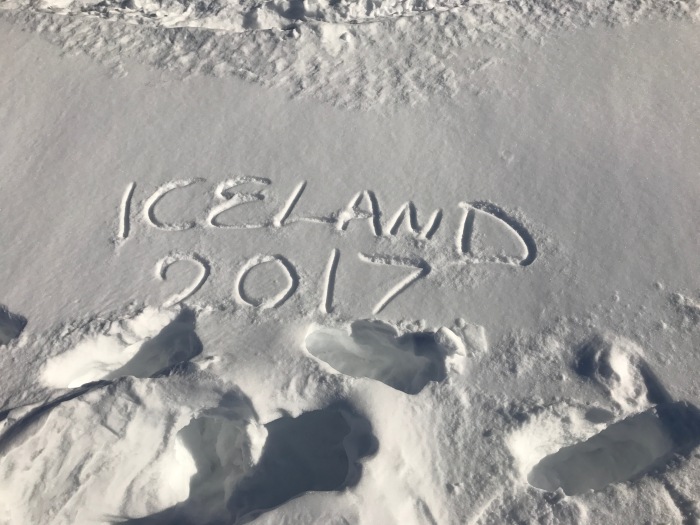 It was on the second day in Iceland that I realized I should have been careful about over-excursion. Oh, sure, there was a small element of over-exertion. But as our Extreme Iceland van was still half an hour from Reykjavik at 8:45 p.m. and most restaurants in town — particularly those around our hotel — closed at 10, I thought maybe I had over-scheduled us.

We’d arrived at 7 a.m. the previous morning and blew through Customs (they’d get us on the way out), snagged an early check-in, went out for a two-hour walking tour of Reykjavik, then a couple more hours on our own. After dinner that evening, we went on a Northern Lights excursion that had us out until 1 in the morning (more on that later, or in a different post). And then we were up at 6:30 to grab breakfast and, at 9 a.m., head out for 11 hours of sight-seeing and something called a glacier hike. The next day, a tour of the Golden Circle. The day after that, Blue Lagoon and a snorkeling trip.